The above components are mixed and molded into a 0.1 mm thick film. Agricultural films with  drip-proof and anti-fog Performance .

, This agricultural film water absorption layer (made of thermoplastic polyoxyethylene polymer, the average molecular weight of 10,000 to 300,000)

(2) Transparent anti-fog Fiber film ,with wetting  ability and anti-fogging , the    surface were modified by  fluorocarbon surfactant Agent. Fluorocarbon surfactant form a monolayer which covering the surface of the fiber membrane, the modification effect is more better than the non-fluorosurfactant

It is could be  evidenced by the contact angle and Zisman curve of water drop on the surface).  The Films (fluorocarbon surfactant added)

Which be placed  in a room full of water vapor (60 ℃), the experiment proved the film surface no fog in long time and remain transparent. Anti-fogging function from the fluorocarbon Monolayers which made from fluorocarbon surfactants consisting of chains and non-ionic oxyethylene chains. 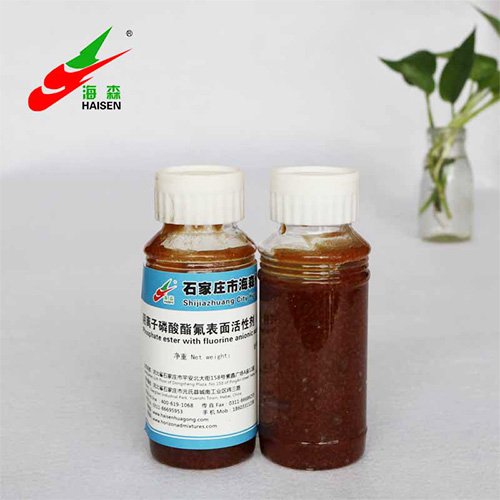