ASA resin is formed by blending polyacrylate core-shell copolymer with SAN, which can significantly improve the weather resistance of ASA resin and low temperature or normal temperature impact resistance, and does not affect other physical properties of ASA resin, making ASA resin easier to process, Excellent surface finish and good rigidity can be widely used in various co-extruded plastic products or other plastic products. Another aspect of the present invention provides a plastic film comprising the ultraviolet-resistant weather resistant ASA resin as described above. In the specific molding, the components of the above-mentioned formulation are blended, stirred and mixed uniformly in a high-speed mixer, and then granulated, and the granulated resin is heated and melted by an extrusion molding machine, and the formed film is stretched. The plastic film is formed separately, and may be in the form of a sheet having a certain thickness, or may be blow molded and have a thin thickness. Preferably, the plastic film has a thickness of from 0.1 to 6 mm.

With the current development of science and technology and the continuous improvement of people's living standards, polymer materials are increasingly used in daily life, for example, a variety of life plastic products, auto parts, electrical enclosures and other fields. In particular, for some long-term exposed plastic products, such as door and window profile products, on the one hand, a bright appearance is required, on the other hand, high mechanical strength, impact resistance and weather resistance are required.

Further, in some applications, a UV-resistant plastic article or film can be formed, and a co-extruded film of a color ASA resin can be used to adapt to the actual environmental requirements. The weather resistance ASA resin is stretched together with other base films. . In practical applications, in order to adapt to the color or pattern of the product, the pattern or texture can be further printed after the film is formed. There may also be a release film on the surface of the film. When applied, the release film is peeled off and the direct plastic film is bonded to the surface of a specific product, for example, the surface of door frames, doors and windows, automotive products, auto parts, car decorations, plastic tile, etc. In order to protect these plastic products, it can withstand harsh weather and strong ultraviolet radiation, and has broad prospects. 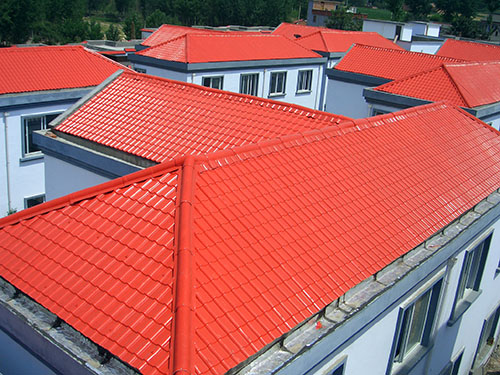