Innovation,creation,let green chemistry enter into our lives.
You are here: Home » News » Company News » Booking Space and Shipping for Chemicals

Booking Space and Shipping for Chemicals

In March 2018, bad news continued to be heard from shipping companies, terminals and freight forwarding industries.

On March 26th, APL's ship was named APL CHARLESTON. Container vessels with a capacity of up to 9200Teu were stranded in the waters of western India. Containers were forced to anchor in place!

On the morning of March 27, DELPHIS GDANSK, a container ship with a capacity of 1924 TEU, collided with a general cargo ship BBC NEPTUNE in the Great Belt Strait west of Kalundborg, Denmark! 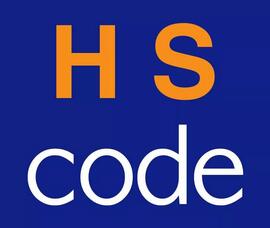 At 1:32 a.m. on the 28th, a 20-foot container leaked from a foreign carrier “Puelu” berthed at Shanghai Yangshan Port, which contained 17.05 tons of flammable liquid “cyclohexane”.

Regardless of the fire at Maersk Honam, and the sudden danger of the leakage of dangerous goods at Shanghai Yangshan Port, the shipping companies, docks and freight forwarding companies have already talked about the “crisis” of the change!

COSCO's re-issuance of important notices concerning the declaration of dangerous goods for export, combined with COSCO's previously released dangerous goods under-reporting penalties, all reminded the vast number of foreign trade companies and freight forwarding companies not to use dangerous goods as children's play!

Container ship transportation is an important tool for international trade, communicating buyers and sellers, and rationally deploying resources. As a chemical company, Horizon Chemicals has always attached importance to the safety of chemical products production, packaging safety and the safety of chemical handling and booking space.