Innovation,creation,let green chemistry enter into our lives.
You are here: Home » News » Effect of Diethanol Monoisopropanolamine on Grinding and Properties of Portland Cement

Effect of Diethanol Monoisopropanolamine on Grinding and Properties of Portland Cement

Effect of Diethanol Monoisopropanolamine on Grinding and Properties of Portland Cement

The cement-soil mixing method is generally a cement as a curing agent, which utilizes a series of physical, physical, chemical and chemical reactions between cement and soft soil to harden the soft soil into cement soil with certain strength and water stability. Ground treatment method to improve foundation strength and increase deformation modulus . Adding suitable admixtures to cement soil can improve the mechanical properties of cement soil, reduce the amount of cement, shorten the construction period and reduce the engineering cost. DEIPA can improve the unconfined compressive strength of cement soil before, during and after, and is an excellent cement soil admixture. Compared with the benchmark group, the intensity increased by 27.7%, 43.8%, and 34.3% at 7d, 28d, and 90d. In addition, when the cement content is 18%, with the increase of DEIPA content, the effect of DEIPA on the strength of cement soil increases first and then decreases, and the optimal blending amount of DEIPA is 0.04%. In addition, a trialkanolamine chemical additive such as DEIPA is added as a grinding aid component to the cement grinding process, and is gradually adsorbed to the surface of the particle by balancing the valence bond, and an adsorption film is formed on the surface of the cement particle. The presence of the adsorption film between the powder particles reduces the van der Waals force and electrostatic attraction between the cement particles, and the contact area between the cement particles is also relatively reduced. This facilitates relative sliding between the powder particles, thereby increasing the fluidity of the powder and lowering the angle of repose. Alkanolamine is a polar organic substance. Its adsorption on the surface of cement powder particles is an adsorption behavior between liquid-solid phase interfaces. The adsorption capacity is related to its own dipole moment. DEIPA effectively promoted the cement grinding process, and the cement grinding with 0.015% DEIPA for 25 min gave a 45 μm sieve residue similar to the reference grinding for 35 min. The Blaine specific surface area of cement-grinded samples blended with DEIPA was lower than that of the reference, which was related to the change in the permeability of the cement powder in the Blaine method. The grinding aid properties of DEIPA during grinding are similar to those of TEA and TIPA. The incorporation of 0.015% of DEIPA, TEA and TIPA reduced the content of fine particles in the interval of less than 5 μm, which changed the particle size distribution of the cement powder, thereby eliminating the "cushion" and over-grinding of the surface of the abrasive body. After blending with 0.015% of DEIPA, the particle uniformity and roundness of the powder are obviously improved, the overall size of the particles is reduced, and the agglomeration phenomenon is improved. The addition of the trialkanolamine reduces the powder angle of repose, wherein 5°。 The powder has an angle of repose of from 0. 01 °. 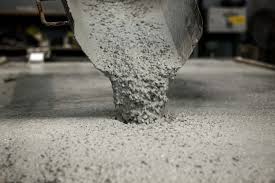