In daily life, people contact with hand washing liquid, washing liquid, shower gel, washing powder, detergent, etc. every day. What they can do is as emulsification, foaming and decontamination. We may do not know the chemical component, it is called Alcohol Ethoxylate (AEO), also named Fatty Alcohol Polyoxyethylene Ether.

"R” is usually a hydrocarbon group of saturated or unsaturated C12~18, which can be a straight chain alkyl group or a branched alkyl group.

"n" is the addition of ethylene oxide(EO), that is, the number of oxyvinyl groups in the surfactant molecules. The larger the "n", the more oxygen on the molecular hydrophilic group, the more hydrogen bonds can be formed with water, and the better the water solubility. At "n"=1~5, the product can be dissolved in oil and insoluble in water, which is often used as the raw material for the preparation of sulfated anionic surfactants. When n=6~8, it can be dissolved in water, often used as a detergent and oil emulsifier for textiles. "n"=10~20, used as an emulsifier and leveling agent in industry. 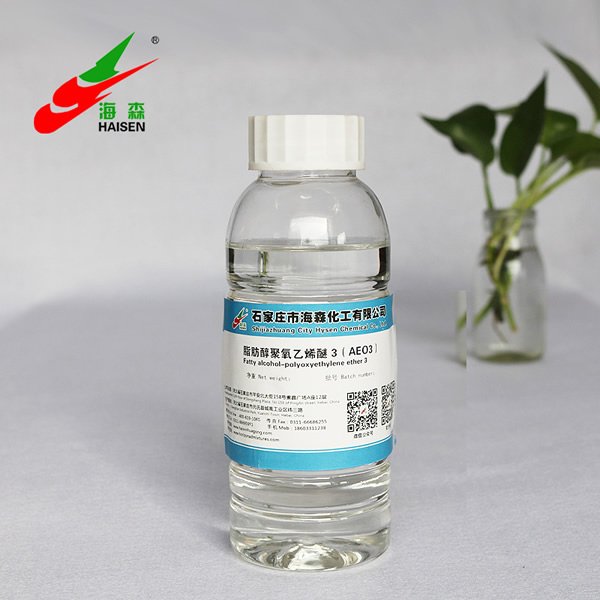