Innovation,creation,let green chemistry enter into our lives.
You are here: Home » News » Classification of concrete admixtures and its principle of action

Classification of concrete admixtures and its principle of action

Classification of concrete admixtures and its principle of action

Admixtures are substances that are added to improve and regulate the properties of concrete. As an important part of the concrete industry, it has played an increasingly important role. Adding proper amount of admixture to concrete can improve concrete quality, improve concrete performance, reduce water consumption of concrete, save cement, reduce cost, and speed up construction progress. It is the least used in concrete materials but has a great impact on its performance. The components. Since the reform and opening up, with the development of economy and technology, a large number of infrastructure construction has driven the development of the admixture industry. The research, variety, production and application of concrete chemical admixtures such as naphthalene and other surfactants are extremely rapid. Since the successful development of Japan in the 1980s, polycarboxylate admixtures have become a hot research topic in the world due to their high water-reducing, environmentally friendly, formaldehyde-free, low-alkali, low-chlorine, and highly applicable. It is developing rapidly and widely used. At present, it has been applied to railways, ports, water conservancy, nuclear power and other fields, and has also achieved good application and development in civil use, and has become an important material that is indispensable for the preparation of high-performance concrete.

Admixtures that accelerate the hardening of cement mortar or concrete by blending into cement mortar or concrete and improve the strength of concrete, especially early strength, are called early strength agents. The more commonly used early strength agents are chlorine salts (calcium chloride and sodium chloride), sulfate (sodium sulfate and sodium thiosulfate) early strength agents, triethanolamine composite early strength agents, and composite early strength agents. The components play a role in the different stages of the formation of the cement stone, and the proper compounding by various admixtures can affect the reaction performance of the liquid phase and the solid phase and the physical and mechanical properties of the cement stone crystal structure in the most effective manner. Chloride salt early strength agent is the best early strength agent for early strength effect. Its early strength mechanism is mainly the action of chloride and C3A in cement to form water-insoluble hydrated chloroaluminate, which accelerates the cement. Hydration of C3A. The calcium hydroxide obtained by chlorination of chloride and cement forms calcium chlorate which is hardly soluble in water, reduces the concentration of calcium hydroxide in the liquid phase, accelerates the hydration of C3A, generates double salts, and increases the specific gravity of the solid phase. It is conducive to the formation of cement stone. The disadvantage is that the chloride ion content is too high, causing corrosion of the steel.The synthesis of polycarboxylic acid water reducing agents generally adopts a "first grafting, post copolymerization" synthesis process. The macromonomer having a sulfonic acid group, a carboxyl group, an amino group and a polyoxyethylene side chain is selected to be copolymerized with other monomers by an initiator to form a polymer compound having a comb structure.

The hydrophobic group of the water reducing agent is adsorbed on the surface of the cement particles, and the hydrophilic group is directed to the aqueous solution to form a single molecule or multi-layer adsorption film. Due to the directional adsorption of the surfactant, the surface of the cement colloid has the same symbolic charge, so under the action of homosexual repelling, not only can the cement-water system be in a relatively stable suspension state, but also the cement can be in the initial stage of adding water. The formed flocculated structure is disintegrated and disintegrated, thereby releasing water in the flocculated structure to achieve the purpose of water reduction. Retarders are divided into two categories: organic retarders and inorganic retarders. Among them, the inorganic retarder mainly includes phosphate, metaphosphate, borax, sodium fluorosilicate and the like. The organic retarder mainly includes a hydroxycarboxylic acid, an aminocarboxylic acid and a salt thereof, a polyhydric alcohol and a derivative thereof, and a saccharide.

With the development of the economy, people pay more and more attention to environmental protection. The use of admixtures can not only improve the performance of concrete, but also reduce the consumption of cement and aggregates, thereby reducing energy consumption and energy consumption, thereby reducing environmental pollution. . Most of the admixtures themselves are industrial by-products. For example, lignin admixtures are by-products of industrial papermaking. If they are directly discharged, they will cause great environmental pollution. By using it, it can achieve great economic benefits while protecting the environment. Therefore, the green production technology of concrete admixtures is also a development requirement.

Due to the extensive use of industrial by-products and waste materials in the cement production process, the adaptability of admixtures has become increasingly prominent. This requires the development of different types of admixtures for different gelling materials. For example, polycarboxylic acid admixtures, according to market demand, will develop varieties that meet various requirements by changing the branching method, and facilitate engineering use and quality control. Admixtures for the development of high-strength, anti-aging At present, the strength of concrete is continuously increasing, and admixtures play a significant role in improving the performance of concrete. In the future, it is necessary to continuously develop admixtures for high-strength ultra-high-strength concrete. 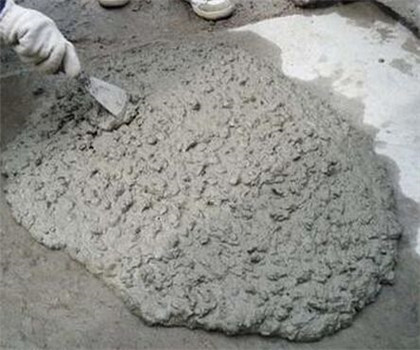